In this section we outline a few simple exercises that can be done with students at the middle school, high school, or undergraduate college levels.

An easy starting point is to explore the dispersion of white light into its component colors. To do this with the SpecPhone, remove the cuvette and place a cover to block extraneous light. With the iPhone camera app open, point the SpecPhone to various light sources. See example images for common light sources below.

Converting an image to a spectrum

For spectroscopy measurements, we need to convert the photograph of dispersed light into a spectrum that displays numerical intensity versus wavelength. To get pixel values from the image, we suggest using ImageJ, which is a free software developed by the National Institutes of Health. After opening a spectral image in ImageJ, rotate it so that each vertical column of pixels corresponds to one wavelength region. Draw a selection box around the spectrum. In the vertical dimension, try to exclude as much dark area as possible from the box. In the horizontal dimension, leave ample space after the blue and red features so that the baseline can be identified clearly. Once the selection box is positioned, plot a profile of the selection. This sums the pixels in the vertical direction and plots the intensity versus pixel number in the horizontal dimension. The plot can be saved as an image, a text file (column of pixel, intensity values), or else the data can be copied directly into a spreadsheet program for further analysis. Below is an example of a cropped, rotated spectrogram with the corresponding spectrum. The conversion between pixel position and wavelength is described in Classroom Protocol 1. 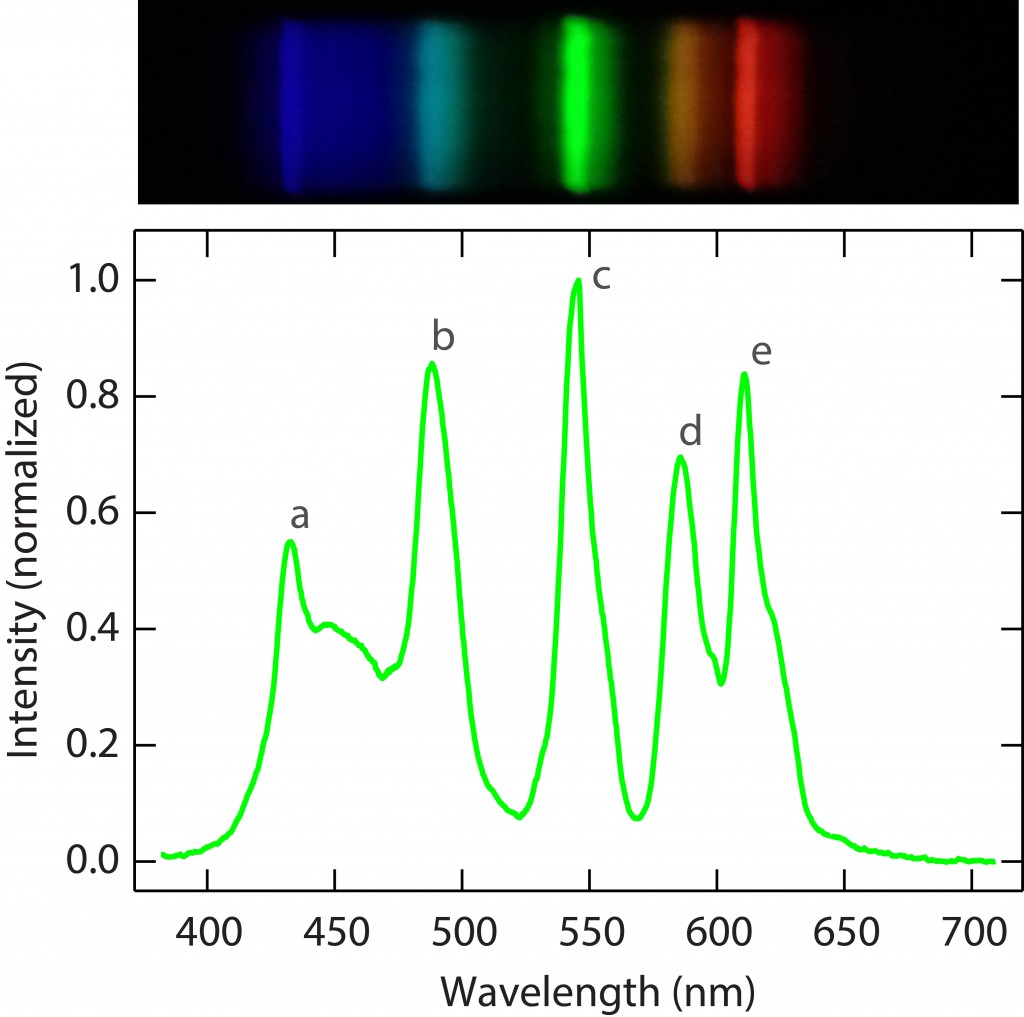 Resolution is a key variable in any spectroscopy experiment. The resolution of a spectrophotometer is the scale at which it can distinguish between different wavelengths of light. It can also be thought of as the width of a peak corresponding to a pure monochromatic source. The resolution of a spectrometer is limited by the properties of its components, including the diffraction grating, the detector, and the entrance slit. For example, increasing the line density of a diffraction grating increases the spectral resolution by more finely separating the component colors. The properties of the detector affect the resolution, mainly through the size and density of the pixels. For a smart phone detector, the resolution is also limited by the lens optics preceding the detector.

The entrance slit directly influences the resolution by constraining the geometrical path of the light through the grating and detector. Theoretically, the slit could be narrowed to infinitely small values so that it does not affect the resolution, but at that point there would be no light entering the device. Consequently, there is a direct tradeoff between spectral resolution and signal-to-noise when choosing a slit width. This is a fundamental property of a spectrometer, and it is important for students to understand the resolution principle and the factors influencing the choice of slit width.

To illustrate this principle, we designed the SpecPhone to have a removable slit, so that the effect could be observed directly. An example laboratory exercise is to measure the spectrum of fluorescent lighting for various slits widths. The 3D print files for several slits were created and printed out for this exercise. Belowk, the spectral range corresponding to peak c in the figure above is isolated to observe how that peak width changes with each slit. As shown in the bottom plot, the FWHM changes are consistent with the slit widths. 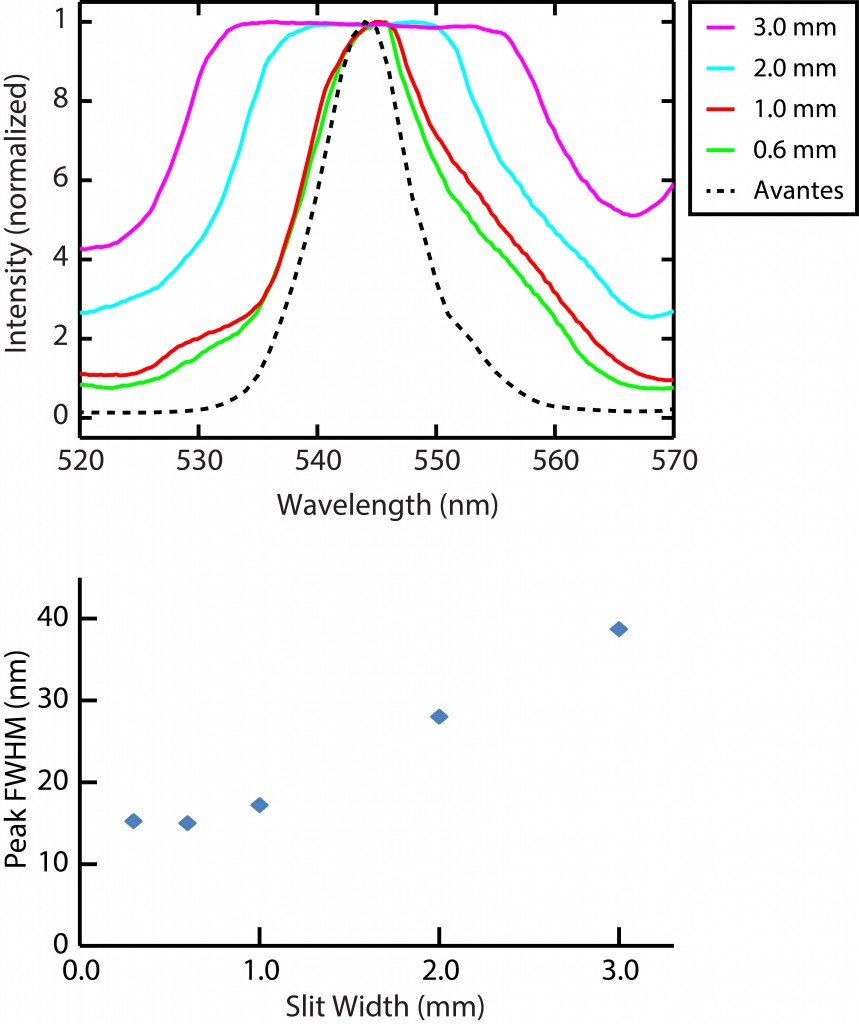